Sign the petition – keep in touch  We will continue to campaigning for the land to be brought into Burgess Park.

Land at 13 Southampton Way alongside Burgess Park is designated as Metropolitan Open Land (MOL).  This means the land is meant to be used for open green space. 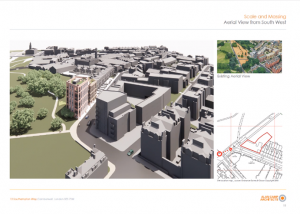 The land should be incorporated into the park as originally intended when it was designated as MOL. Read more.

As more developments get built around Burgess Park green space is more important than ever.  It should not be overshadowed by buildings reducing the openness of the park.

All of Burgess Park is land which was once houses and other building. Over the last 70 years the land has been made into a park. Read more about park history.

In 2021 we campaigned on the impact of over-shadowing on the woodlands and fundraised for a report by London Wildlife Trust. The council have also published a report on the cumulative impact of all the developments on Burgess Park which recommends significant mitigation measures. Read the LWT report which found that the Southampton Way Woodlands will be impacted by overshadowing. 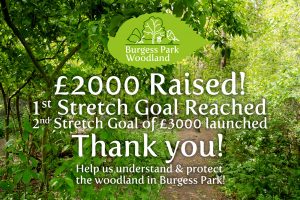 The local development study sets out design principles across all of the Burgess Business Park, this includes the Parkhouse St sites which back onto the park. Amended applications will be put forward by developers during 2021.

Parkhouse Street developments run alongside Burgess Park. 10 storey buildings will be 30m high and the wall of towers will:

Object to the planning applications:

More about the impact Don’t put Burgess in the shade.