I suppose that most people don’t think of butterflies when they think of Burgess Park. But they should! Already this year (by late March 2019) I have seen a Small Tortoiseshell, a Small  White, a couple of Commas and a couple of Brimstones.  … Read more Perhaps, if crows were brightly coloured, they would be loved instead of feared. Part of the Corvid family which includes magpies, ravens, jays and jackdaws  … Read more Wild Burgess at the fishing lake

Burgess Park fishing lake was redesigned in 2012/13 and opened to the public along with the rest of the park after five years.

Nature and caring people have made the lake as you see it today with reed beds. … Read more Any day now, the Lime trees (Common Lime or Linden, Tilia Europea) will come into bloom. They perfume the air with one of the most delightful scents of summer. Walk along the main avenue by the tennis courts … Read more Despite the terrible weather the Friends of Burgess Park were finding out how much people knew about the birds on the lake; their names; what they eat and the problems of feeding bread to the ducks. … Read more In a corner of the English Garden you’ll find Daphne odora. As the name suggests, it has a gorgeous perfume. Spot the frogs in the pond. … Read more 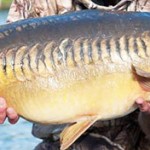